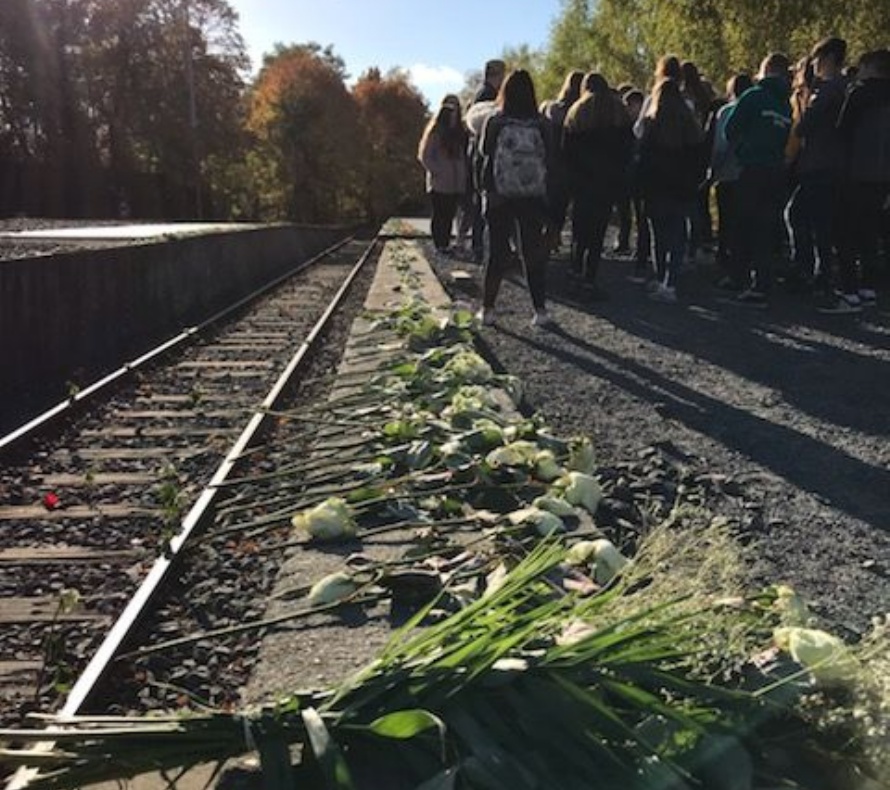 After a VERY long journey students arrived at their accommodation in Munich.  After spending a full day in Munich primarily following the route of the Putsch, they left the city to visit Dachau and tour the memorial site of the concentration camp.  They then travelled to Nuremberg.  Following which they moved to Berlin and began their tour at Gleis 17 which is the starting point of transporting German Jews to the East and certain death.

Following a walking tour of key Nazi Germany and Cold War sites in Berlin they then arrived t the 1936 Olympic stadium.