Four representatives from the Academy attended a special civic ceremony in Lincoln to honour a former pupil who was awarded the Victoria Cross for his bravery during the First World War. 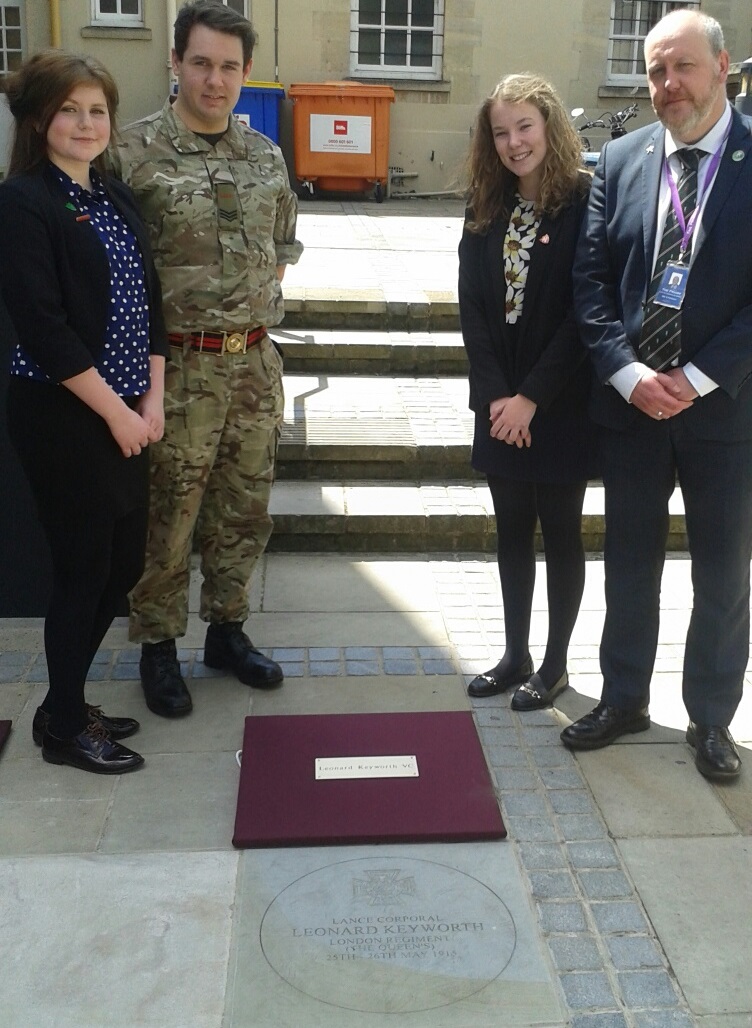 Four representatives from the Academy attended a special civic ceremony in Lincoln to honour a former pupil who was awarded the Victoria Cross for his bravery during the First World War.

The event saw an engraved paving stone laid at the entrance to Lincoln Drill Hall, preserving the story and memory of Leonard Keyworth almost 100 years to the day since his acts of heroism on the Western Front in France.

"It was an honour to be part of the occasion and a wonderful tribute to one of the heroes of Lincoln," said Mr Penney. "The Academy is very proud of its former pupil and to have been part of the centenary commemorations."

Leonard, born in 1893, attended the Lincoln Municipal Technical School - which went on to become the City School and then The Priory City of Lincoln Academy - in the early 1900s. 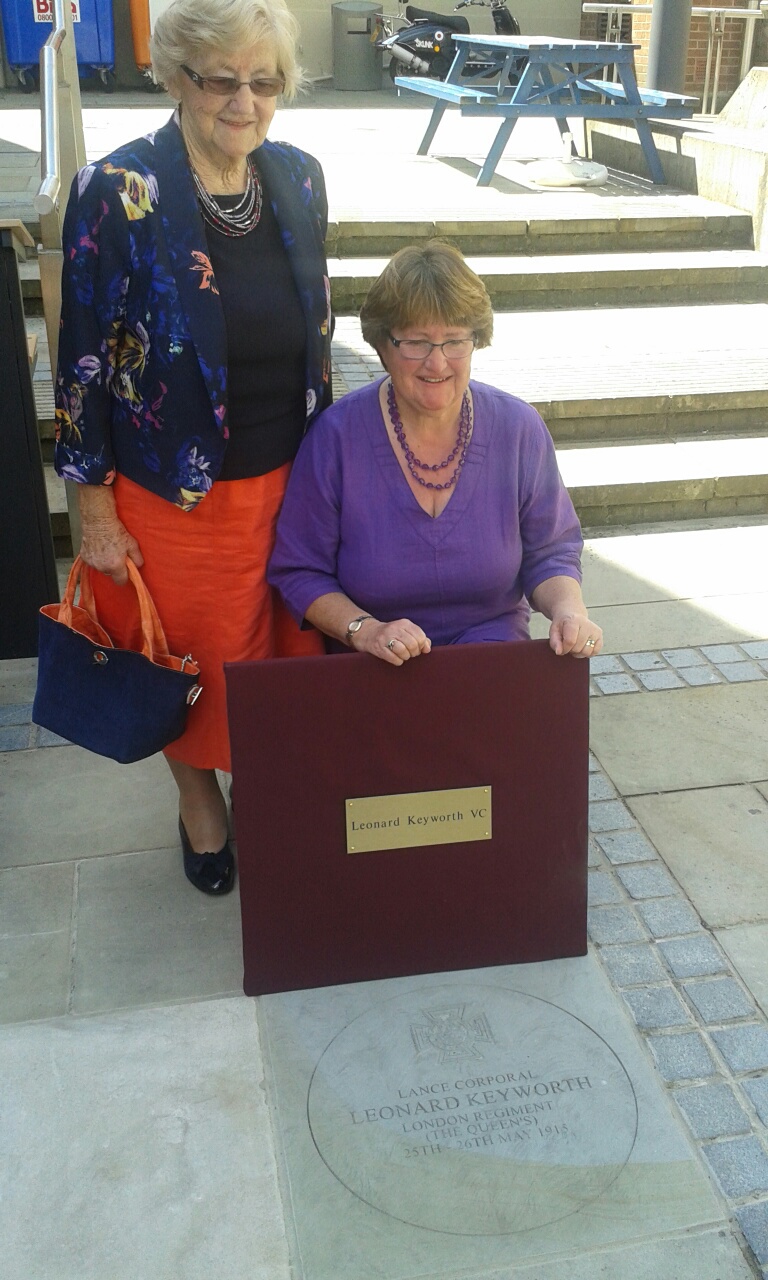 He received his Victoria Cross after surviving an hour throwing grenades into a German dug-out from an exposed and isolated position. Sadly, however, he was killed in France in October 1915 after returning to the Front.

Leonard's first cousin once removed, Sheila Keyworth, was a guest at the ceremony, together with her daughter Sally Simpkin. Following an invitation from Mr Penney, they visited the Academy the following day to see the Leonard Keyworth tribute display in the foyer and tour the modern-day buildings. They also saw the early stages of the construction of the Keyworth Centre, which will offer post-16 and apprenticeship training on the Academy site from early 2016.

"I was very touched that the school still honours Leonard in this way," said Sheila, now 83 years old. "It is very moving to think that today's young people are aware of the sacrifices of earlier generations."

The Drill Hall tribute forms part of a Government-led initiative by the Department for Communities and Local Government to provide a lasting legacy of Victoria Cross recipients from the First World War.

The scheme aims to lay a paving stone in the birthplace of each of the 482 men to honour their bravery. Leonard's paving stone is laid alongside another Lincoln-born hero, James Upton.

The stones were unveiled by The Right Worshipful Mayor of Lincoln Councillor Andrew Kerry and Chairman of Lincolnshire County Council, Councillor William Webb.

Councillor Kerry said: “It is a great honour to pay tribute to two men who won the Victoria Cross during the First World War, both a credit to this historic city.”

Councillor Nick Worth, Executive Member for Culture and Heritage at Lincolnshire County Council, added: “The stones are a way of honouring the bravery of these two men, providing a lasting legacy within the community. It reveals some of the many stories of heroism that are connected with the county.”