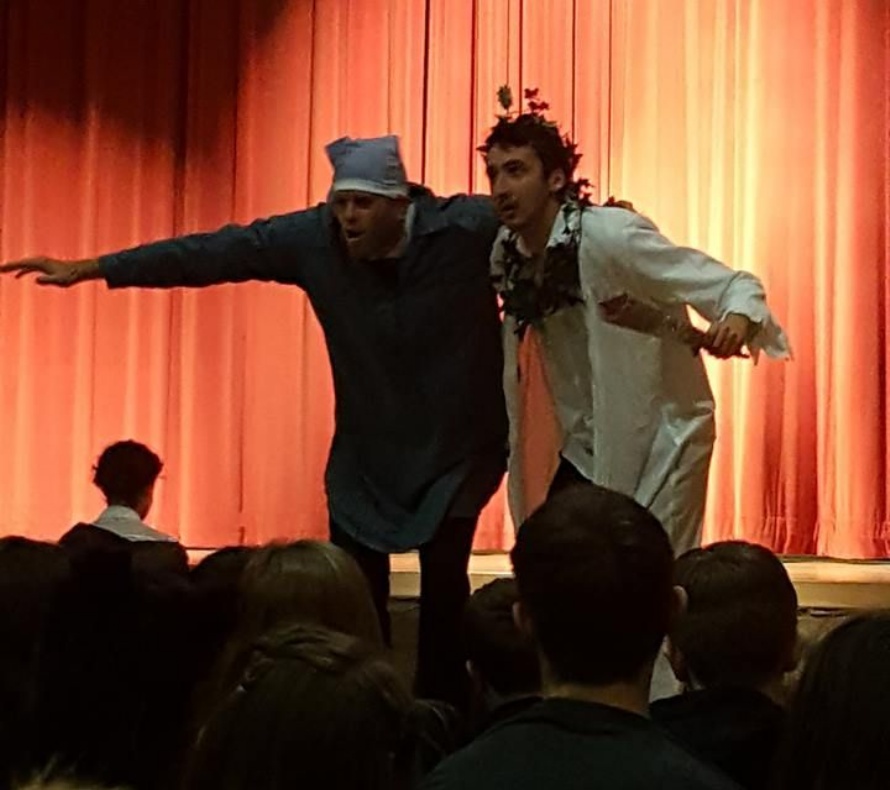 On Friday 18th November Year 10 were treated to a fantastic performance of A Christmas Carol by Manactco (Manchester Acting Company). Year 10 are currently studying the famous Charles Dickens novel as part of their Literature GCSE and they were delighted to see the actors bring the story to life. There were only three actors playing twelve different characters which meant some quick costume and voice changes! The performance lasted for one hour and the students then had the opportunity to ask questions to the actors about the novel, Dickens and acting. The students learnt about the important messages Dickens was trying to share with people in Victorian Britain, such as being generous, caring, empathetic, responsible and forgiving. The whole show put the students and staff in a very festive mood!